Some areas of a child’s brain can benefit from early musical training according to a new study, published on 25 June by PNAS.

Compared to children who read, those who learned to play piano were much more able to detect the sounds of consonants, vowels and pitch.

However, playing the piano had no impact on a child’s IQ, attention span or memory.

In one month, children with piano training outperformed the other two groups in a language test based on detecting consonant sounds.

Children who had piano and reading training performed better than the control group in a test based on detecting vowel sounds.

“In contrast, all three groups improved equally on general cognitive measures, including tests of IQ, working memory, and attention,” the authors said in the paper.

To conduct the tests, the team carried out an electroencephalography (EEG) on every child, which looked for improvements in sound processing ability.

After six months, the children who had piano training were more able to distinguish between the sound of different words, as well as musical pitches.

Versland Studios
5.0
Based on 18 reviews

Connie Mandrozos
03:43 27 Oct 19
My son has been taking piano lessons with Jessica for quite some time now. Jessica is always easy-going and kind and encourages him to feel confident. She has a great sense of his learning style and always keeps things at his level, yet challenges him. I would highly recommend Jessica as an instructor, she is truly gifted and her passion for her job and students in evident. My son’s progress and love for the piano started with her.

Kari-Elise Codispoti
21:32 22 Oct 19
Ms. Jessica is a wonderful teacher for our young (6 &8 years) children. They love going to lessons and have learned so much in such a short time. I am really impressed with her ability to introduce musical concepts to them. We look forward to seeing how they grow as they progress in their lessons.

MB Twohig
20:00 23 Sep 19
Me. Jessica is very supportive and encouraging during classes. She’s very good at adapting to my learning needs and letting me learn at my own pace! I have no past experience and she has been great!

ashley born
14:48 19 Sep 19
Excellent and caring teacher! Ms. Jessica works great with my 9 year old son and even engages with my 2 year old daughter regularly. Highly recommend!Jessica also donated her time and talent playing the piano for the 2019 United Way Red, White & Chocolate fundraising event. It was so appreciated!

Sydney Bigelow
22:37 10 Sep 19
I love Miss Jessica! I am a ninth grade student and this is my third year, and she does a great job working and adapting to different skill levels. She makes sure that each lesson is entertaining and helping the student to grow. Definitely would recommend!

Naj Nakad
18:16 04 Sep 19
Jessica is a very kind, patient and encouraging piano teacher. My girls have learned so much in only a year and performed so confidently and beautifully at their first piano recital. Jessica praises and rewards her students and every lesson is always fun and a positive experience!!!

Clifford Rios
20:02 07 Aug 19
Very effective teacher for our 6 yr old daughter. Teaches at an age-appropriate level and I was very impressed to see all the beginner children okay so well at recital after just a year of lessons. Highly recommend for anyone looking to have child try piano.

Mahesh VP
23:33 15 Jul 19
Jessica Versland was recommended to us by one of our friends who has been sending her daughter to Versland Studios for piano sessions. Our son has been taking piano lessons from Jessica since January 2019 and we are super impressed with her teaching skills. Jessica is very organized, and always focuses on building the foundation right for her students. She makes her session very interactive and enjoyable for the students so that they truly build the passion for playing piano. Jessica sets manageable daily practice goals for her students so that her students take full advantage of the program. Within a span of 5 months, our son was ready to perform at a recital program. Jessica is an excellent piano teacher and I will strongly recommend Jessica to anyone looking for piano lessons.

Parri Hockenberry
14:14 05 Jul 19
We’ve had a wonderful experience with Jessica over the past year. Our girls are thriving during their time with Jessica and are learning how to read music, play scales, and even performed their favorite song at the end of the year recital. We look forward to continuing their music education into the future.
See All Reviews 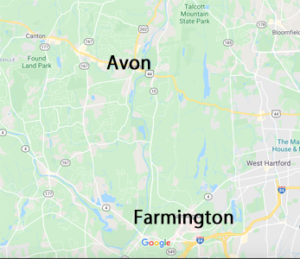